So I just got this idea for #StartItUpSunday. I mean, why not? We have #GingerThursday for no apparent reason, #WIPWednesday for obvious ones, and other random "days" in between. So I'm going to make this a thing. Even if it's something small, or just chores, I think #StartItUpSunday could catch on...mebbe.

Ok, well, I officially started this giant blanket of doom. I need to craft the needles, make all the yarn, and buy more. But this is going to be epic! Here's a link to the pattern: Twisted Sister

According to the designer, you have to knit this on size US 120 needles! Well, those are not mass-produced. So, you can buy them from the designer for $91. Yeah, no. Sorry. That's a bit pricey for a couple of wooden dowels that have been lathed into points. I've already purchased everything I'll need to make them and it's less than $30. Besides, spending that much on them would mean I'd have to actually use them a lot....and realistically, I'll probably only make one of these blankets. Maybe two. But not enough to warrant $91 for just the needles.

Enough ranting, time for needles! Here are the first tests of both whittling and waxing.

Not TOO shabby if I do say so myself! Considering that I'm not a carpenter or woodworker, and I don't have a lathe, this isn't bad! I'm just hoping that I can recreate these results on the other points! Though, there's a possibility I won't have to as my good friend +Hugh Tauerner has friends that have a lathe... I might just be able to save my arms/hands!

Also, the yarn. Three strands of Caron 1lb held together and chained with a Q hook. BORING but important. I'll be getting more colours eventually since this will completely burn my stash of acrylic. I have some other acrylics that I plan on turning into yarn this way as well. This will be one hell of a blanket!

Here's the yarn so far...I have a long way to go, both for the needles and the yarn. 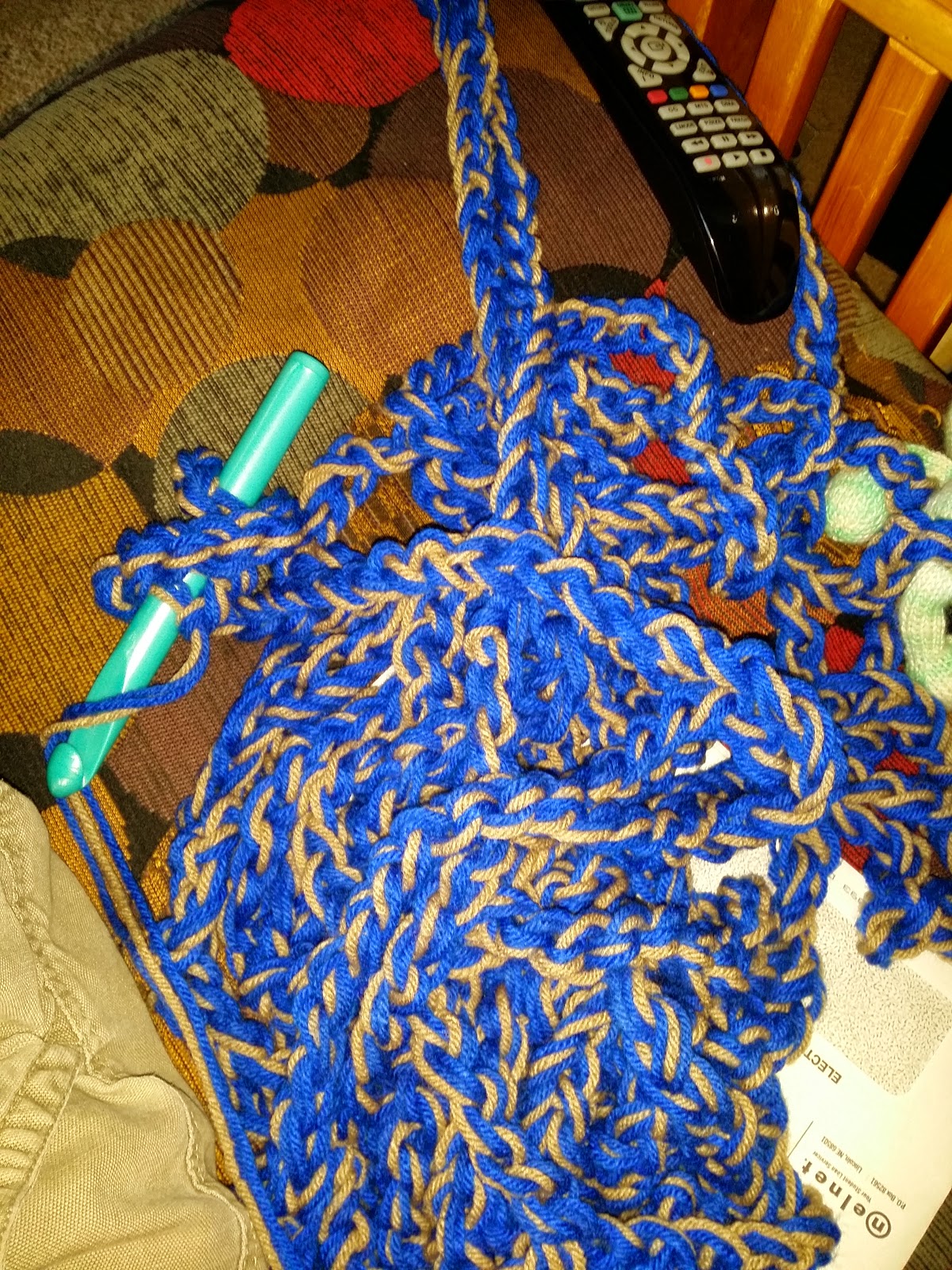 Like I said, long way to go. I only just started last night and started the needles this morning. After completely burning off all the energy I had, I'm thinking that I'll stop for today...